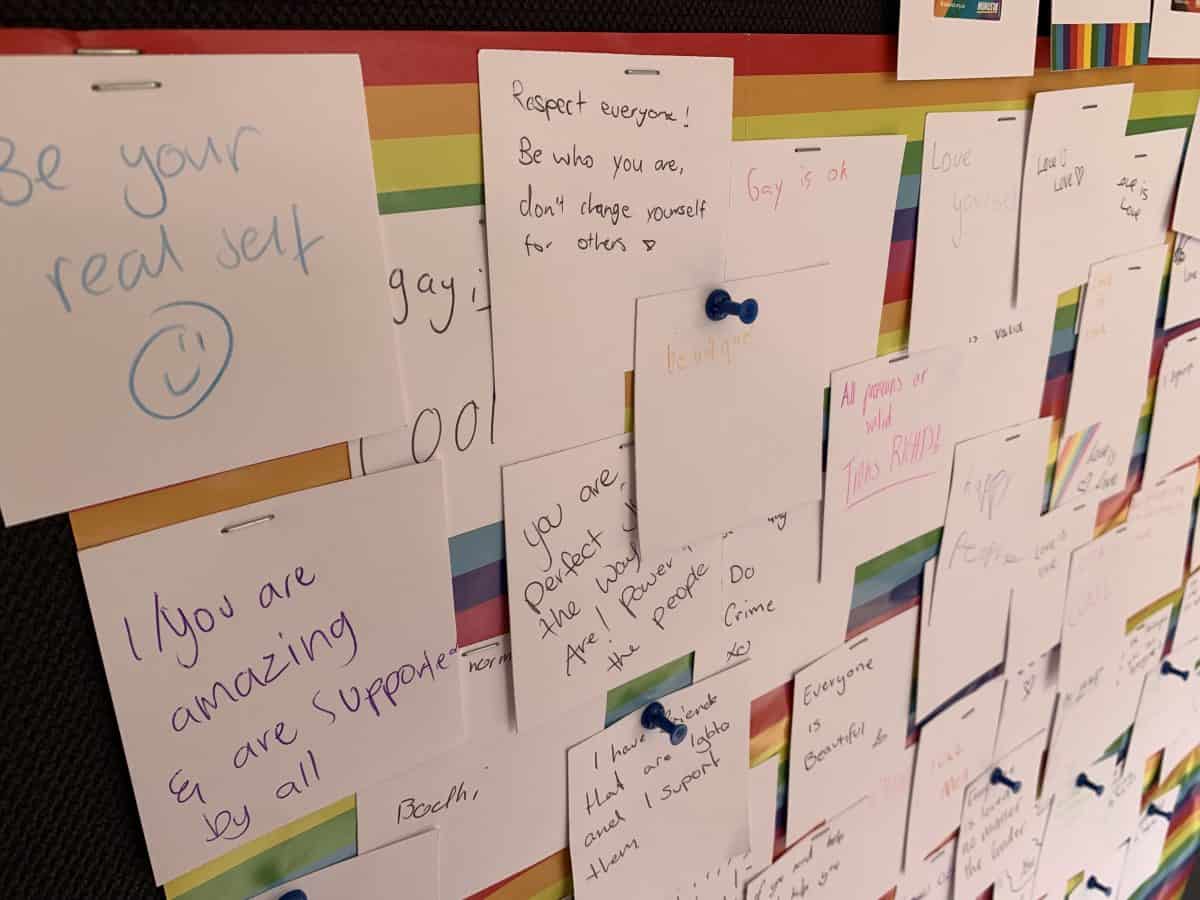 May 17 is International Day Against Homophobia, Biphobia, Interphobia and Transphobia (IDAHOBIT). This year, many schools including Leongatha Secondary College are celebrating the LGBTQIA+ community and are trying to combat the discrimination this group of people face.

This IDAHOBIT, LSC put in the effort – along with surrounding schools – and took the first steps towards equality by following some of the recommended steps on the IDAHOBIT website such as:

This year’s IDAHOBIT, Leongatha Secondary College’s Respectful Relationship team – along with several staff and student volunteers; set up a range of activities for people in the school to participate in.

Activities included a polaroid photo booth, an affirmation card wall, flag and pronoun badge making, live music from the school’s choir, and a bunch of mini stalls – a rainbow paddle pop stall selling ice cream, and another giving out cupcakes for free if students participated in either the photo booth or writing an affirmation card.

One student said that their favourite part of the day was “the pretty decorations,” while another said that they liked the “choir singing and guitar playing.”

Along with all of these activities, teachers presented a video at the start of the day educating students about the history of IDAHOBIT and how they can continue to support the LGBTQIA+ community further.

While there is change occurring, there is still a long way to go until we see discrimination totally defeated. With everyone’s help to combat these problems we can slowly but surely lead the way to a bright future full of equality, one step at a time.