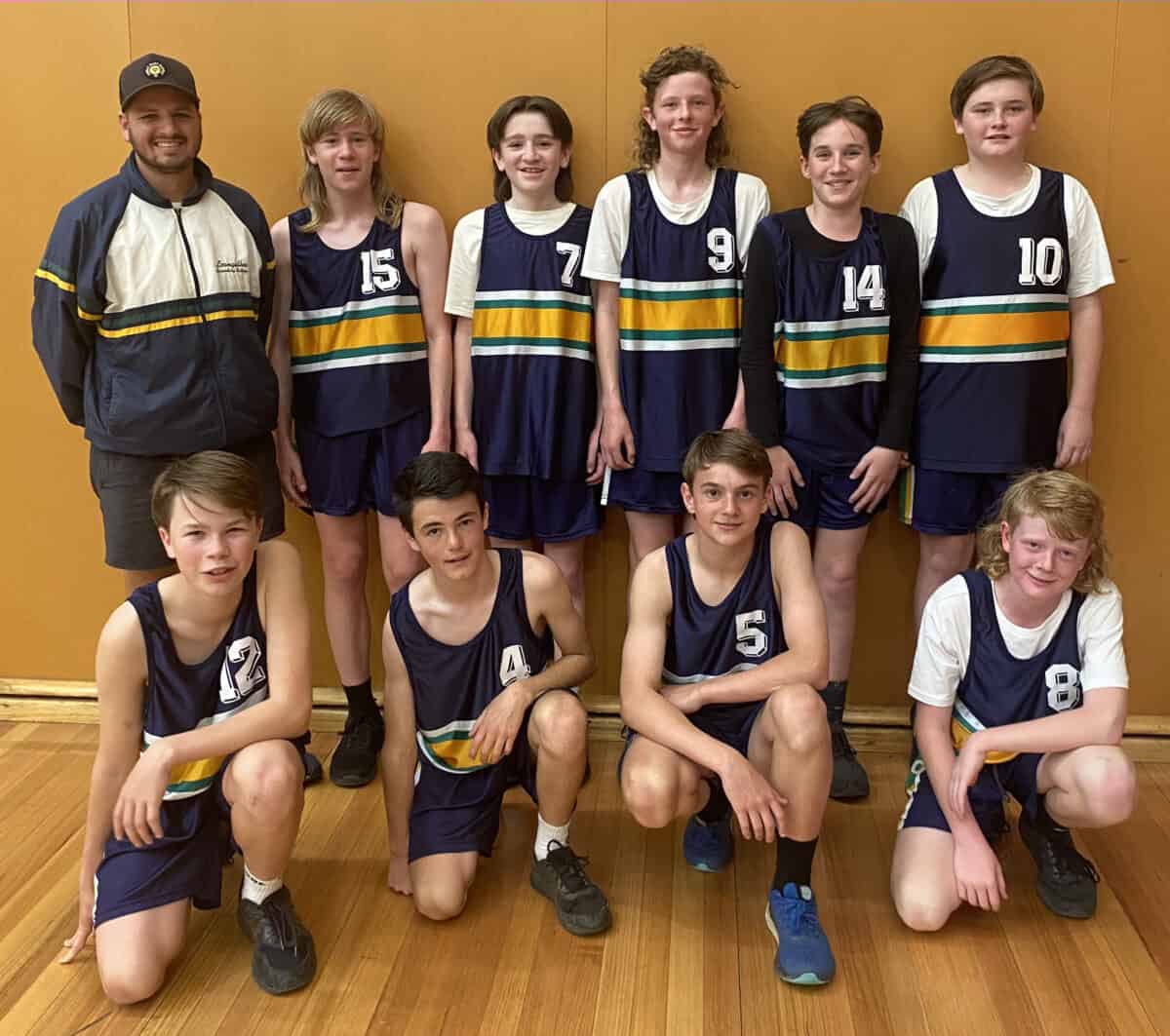 The boys arrived in Traralgon for the Gippsland Regional Basketball Finals after winning the South Gippsland District event. Our first game was against Lavalla Christian College, and the boys instantly knew they were in for a tough match up. The scoreboard blew out in the first game 59-18, but the second game gave the boys an opportunity to bounce back. After trailing by 9 points at the half, they were able to increase their defence and after some clutch free throw shooting late in the game, they were able to hold on for a 3 point win 30-27. The third game became a playoff for second place, and the boys were in a see-sawing contest from tip off until the final buzzer. Unfortunately the boys were on the wrong side of the scoreboard at the end of the game losing 37-31. Overall it was a great day and the team played some great basketball. MVP for the day was Jake Andronaco.

Thank you to Mr Osborne and Archie for their support on the day.