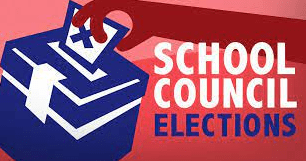 An election is to be conducted for members of the school council of Leongatha Secondary College. Nominations open February 23, 2022

Information for parents and students around involvement on School Council can be found here:

If interested, parent or student nomination forms may be obtained from our general office (or print off attachment) and must be lodged by 4.00pm on Wednesday March 9, 2022.

If a ballot is required after this closing date, the ballot will close at 4.00pm on Thursday March 17, 2022.