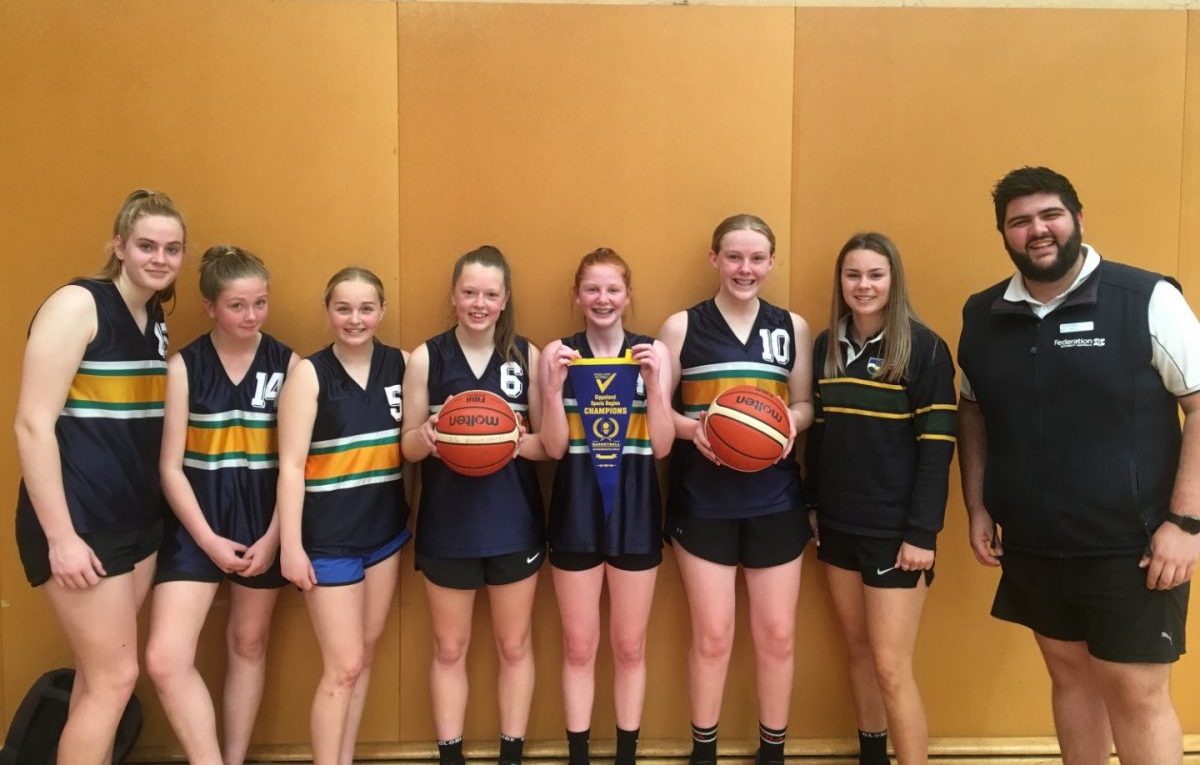 On Tuesday the 22nd of October a few Year 9 and 10 girls travelled to Traralgon Basketball Stadium for the Regional finals.
Leongatha Secondary College only had six members in their team, Alahna Arnason, Makenzi Gourlay, Belle Grabham-Andrews, Tayla Cann, Anna Sellings-Hanily and Milla Fixter. Unfortunately Chole Brown, Alice Reid and Zara MacKenzie were missing due to camp and injuries.
We played three games and had a lot of fun, the games were tough and competitive.
The first team we played was Sale. At the start of the game, we weren’t expecting Sale to press up and double team. We eventually adapted to the opponent’s press and double team tactics, and at half time the score was 4-14 with Leongatha SC down. As the coach Kyle Materia told us at half time “we can still win this”, the girls went out firing. With Alahna Arnason posting up and the other players feeding the ball into her, making it easy for her to score. As the game was close, Milla Fixter hit two 3s to have Leongatha up by 4. The last 2 minutes the girls decided to hold the ball and use up time on the clock. Sale were fouling and Leongatha kept the ball for most of the game. We just won with the scores at 22 to 24.
Lakes Entrance was an easy win for Leongatha. Anna Sellings-Hanily and Tayla Cann put great pressure and put up some great jumpshots. Leongatha had a great win with 10 to 42. It was a great game for all the girls and the highlight was Makenzi Gourlay hitting a 3 pointer.
The last game against Lavalla everyone was nervous. Lavalla lost to Sale by 4 points so it was going to be a hard game. Leongatha had their advantage with the two tallest players, Makenzi Goulray and Alahna Arnason. Also with Belle Grabham Andrews getting rebounds down the offensive and defensive ends. The girls started with a great lead 14 to 2 and then Lavalla called a timeout, then Lavalla came back. Half time the scores were 17 to 15, Leongatha up. Coach Kyle Materia came up with a new idea to stop number 2 for Lavalla from shooting 3s and as a result their star number 2 only shot one more 3 pointer. Leongatha won the game, with Alahna Arnason using her height and helping us win by 10 points. The scores were 29 to 39.
Leongatha Year 9 and 10 girls did a great job, and with only six players to get to state is a great achievement. Lucky they will gain 3 new players, Chloe Brown, Alice Reid and Zara MacKenzie to help them out.
A big thanks to Mr Craig McCaughan and Kyle Materia for helping out and coaching us. Also thanks to Chloe Brown for scoring and supporting us, even though she would have preferred to be playing.
Let’s hope the girls can do well at state level.