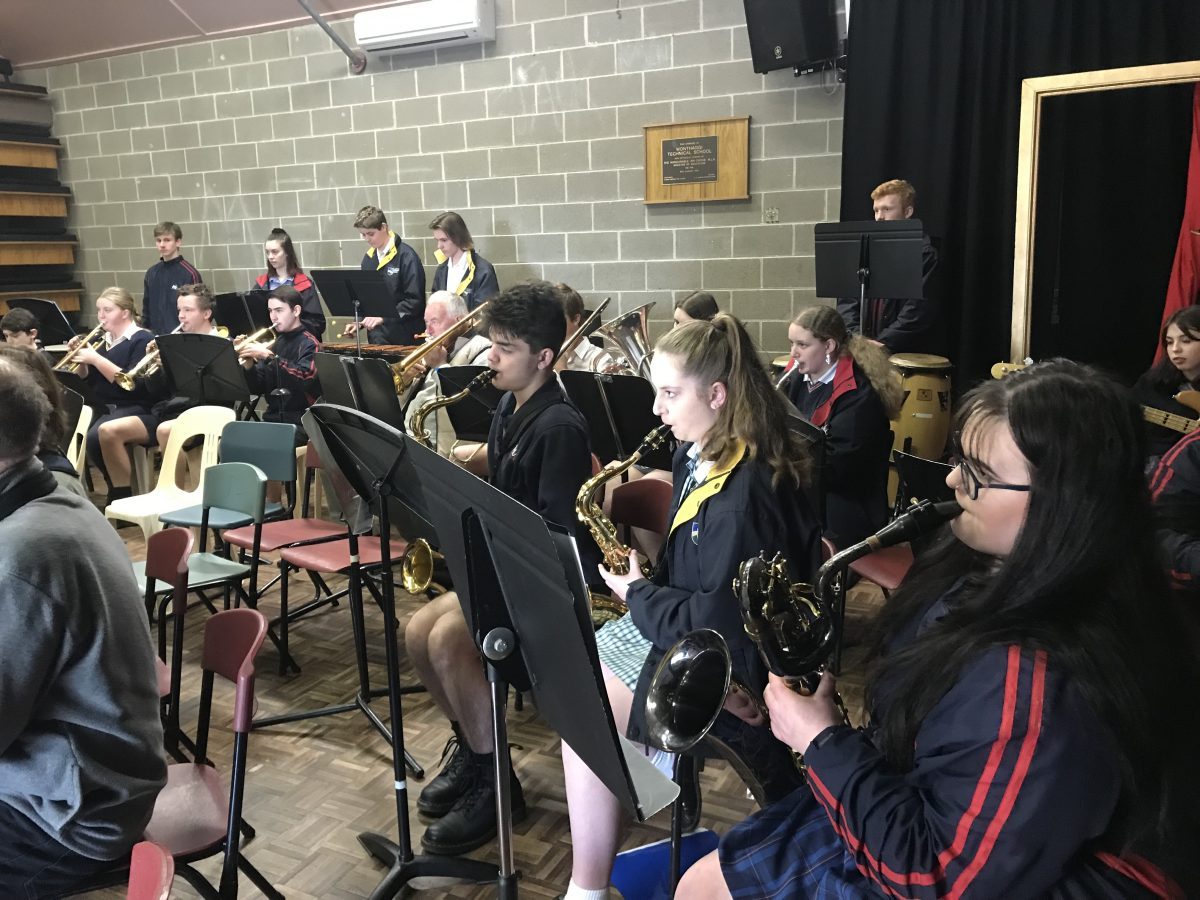 On Tuesday 17th September the South Gippsland Schools Music Program had the first of many Combined Band Days with the Senior Band Day at Wonthaggi Secondary College.
Term four will be very busy for the five schools in the SGSMP with four more combined bands that will culminate with the final combined Break Up Day & Concert (Thursday 5th December), where all music students from the five schools will gather at LSC.
The SGSMP includes; Korumburra, Foster, Leongatha, Mirboo North and Wonthaggi Secondary Colleges.
The combined Senior Band worked hard in preparation for next term. The band’s performance will feature an arrangement of the Australian folksong “Streets of Forbes” by Australian composer/arranger David Jones. Streets of Forbes tells the story of bushranger Ben Hall. On May 1865, at the age of 28, Ben Hall was shot dead by police. His body was then paraded through the streets of Forbes. This piece aims to capture the spirit of adventure and the tragedy associated with this story.Click the link to preview this arrangement performed by the Queensland Wind and Brass – https://www.youtube.com/watch?v=V0Gd7Z5gEns
Streets of Forbes has been performed by many Australian singers. You might want to also listen to this version featuring Paul Kelly –https://www.youtube.com/watch?v=qAFFCUVONME